United Kingdom left the EU on 31 January 2020. This date also marked the beginning of transition period, during which UK remains a subject to European Union rules. On 19th of February Government published a policy statement outlining the plan for a new points-based immigration system that would prevent low-skilled workers from entering the country. It resulted in nation-wide outrage. We now know that the policy was withdrawn on 13 March 2020.

The policy in question was called “No deal immigration arrangements for EU citizens arriving after Brexit” and it contains information regarding crossing the border and moving to the UK after Brexit.

However, the most controversial were future immigration arrangements based on Australian-style points-based immigration. It essentially prevent non-English unskilled workers from getting a job in the United Kingdom. It was criticized widely and would mainly affect under financed and understaffed care sector.

Fortunately policy paper was withdrawn this week. If you’re an EU, EEA or Swiss citizen you can still live in the UK after applying for settled and pre-settled status. It allows immigrants to work legally, use the NHS for free and enrol in education. Find out more here. 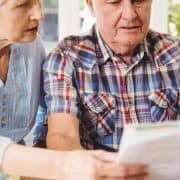 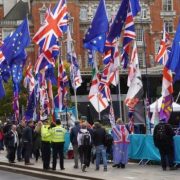 Personal hygiene care for the elderly – best practices for grooming and hygiene...