Powered by ZigaForm version 4.2
BLOG
You are here: Home / BLOG / Care Tips for Older People / What Can You Do About an Elder’s Non-Stop Complaining

In the first instances, medical help is needed. Sometimes the complaining person will become much more pleasant once an infection is cleared up or some drug changes are made. If the person is developing dementia, there are now drugs that can help ward off the worst personality changes (in some people), for months or even years. Also, anti-anxiety medications and, for some people anti-psychotics, can make a difference. All avenues should be explored.

If you are a victim of parents who always abused you, you are now faced with some hard choices. You may be trying to “take the high road” and be a caregiver to your parents, even though they abused you as a child and still do. Sometimes, with counseling or other help, people can do this and do it well. Most of us want to love our parents and want love in return. Change can happen.

However, many people will never see their eldery parents change. They still feel responsible for the elderly parents’ care, but the abuse just doesn’t stop. There are methods of detaching with love from the abusive parent when they act out, and sometimes, with counseling and help, people can learn these techniques and create an atmosphere where they can be a hands-on carer.

Sometimes help from social services will help families handle the challenges. Often, however, it’s better for the adult child to care “from the outside.” You may want to turn over guardianship to an agency that can handle the abusive elders’ biggest needs, and manage what you can from a distance. It works rather like foster care, in that you would still see them when you can but the agency would handle the major decisions. If you are in this situation, you are not alone and you don’t need to feel guilty. Getting counseling for yourself may help you handle anger and resentment from childhood issues – and even from events that happen now. But third party help with your parents may still be necessary simply because of the damage done.

Medications Can Cause Personality Changes

Just as an antidepressant can balance a person’s body chemistry to help the depressed person emerge from a depressed state, an antidepressant can, if it’s the wrong one for that person, make the person’s illness worse. Thus, if your loved one has started an antidepressant, don’t just assume things will get better. The drug may help quite quickly or it may take several weeks to have any effect. And that effect may be positive or negative. It’s possible that this drug is the wrong one for the individual taking it, and will need to be changed.

Infections can be Devastating to an Elder

A bladder infection (UTI) can cause havoc with their personalities and other issues, even when there is no obvious physical sign that there is an infection present. This is one of the first things that caregivers should check for if a loved one experiences sudden and unusual changes in behavior.

If your elder was doing quite well, but suddenly changes into an irritable complainer, make sure the elder sees a doctor to check for painful changes in his or her health. Many elders “don’t want to complain,” so they don’t go to a doctor. Yet they unknowingly complain to their families all day long. Which brings me to the next reason for complaints.Some people feel that age gives them a right to complain

When people are in the workforce or have more outside activity, they may feel they have to rein in their negative side. Once they are retired and/or are just around the house with less responsibility, they may feel they’ve “earned” the right to say exactly what they feel. And much of what they feel could be negative if they are bored or feeling unneeded. If your elder has this attitude, he or she may actually be able to understand what this switch of attitude is doing to the family. There may be hope that they can be changed.

Some People may be Developing Dementia

Memory issues are generally what people look for when they think of dementia, and of course memory issues will be part of dementia. However, some people are so good at covering up their memory problems – or have a spouse that covers for them – that memory problems can go unnoticed by family members until the issue is quite severe.

However the frustration the elder feels over memory problems, coupled with getting lost or not being able to recognize familiar objects, can cause startling personality changes. Alzheimer’s disease, Pick’s disease and other dementias often bring about personality changes. These people need to see a doctor as soon as possible.

Some People Were Always Controlling and Abusive

Unfortunately, a significant number of adults grew up in dysfunctional families where they were abused, physically and/or emotionally, all of their lives. Just because their parents grow old doesn’t mean there will be any positive changes in the dynamics. Unless the abusers got counseling or other help along the way, they will likely be just as abusive to their adult children as they were to these same children when they were small.

You aren’t alone with this tricky dilemma. Talk about your situation and fellow caregivers that have “been there, done that” will weigh in with suggestions and support. 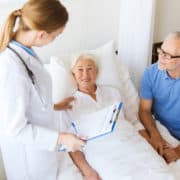 The Treatments Older Adults May Not Need 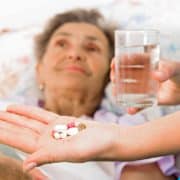 Taking Too Many Medications May Be Bad For Your Health

How to Help a Loved One with Speech Aphasia

Thank you [from Trustpilot.com]

https://uk.trustpilot.com/reviews/5cfb793eb055990650f52848
I would have no hesitations of recommending Veritas Care. We were really satisfied with the exceptional carers they have provided in very attractive price. It was huge relief to our family as our mom was safe and in good hands. Thank you Veritas, you are excellent!

https://uk.trustpilot.com/reviews/5d09dce7b055990650fa8e49
My stepfather is a difficult person to live with. On a couple of occasions he dismissed the carer without any reason. Luckily Veritas quickly found us someone new. They were so patient with us, especially with my stepfather. Every time they provided us with yet another great carer. Great company.

I wish we had found them before [from Trustpilot.com]

https://www.trustpilot.com/users/5cfa944699e2181589d1f1ca
I wish we had found them before. Reasonable priced 24hr care for my alzheimer's suffering mother, where we get to choose the carer we want. Previous experiences where we used the normal agency's which charge a highly inflated price, twice the amount the carer gets paid and then dump carers on my mother who have been very unsuitable in the past and then aren't willing to move them. It's been working out really well for us and have found 2 lovely carers.

https://www.trustpilot.com/users/5d089315252a7626442c3597
Best live-in care company Veritas assisted my 89 years Dad following a stroke. Thanks to the carers from Veritas he could remain in his own home. That was a relief for him, considering what kind of a homebird he was. Veritas stayed in touch and we had a brilliant communication with their customer relations managers. The carer they provided us with was a young energetic lady, who was perfect for my Dad. The price they offered were fairly reasonable.
5
Excellent
We use cookies to improve your experience on this site. By continuing to browse our site you agree to our use of cookies, Privacy Policy and Terms of Service. More information about cookiesOk
Scroll to top