CARE OF PATIENT WITH PARKINSON’S DISEASE

Neurological diseases are a large group of diseases, to which many ailments of the elderly.

This is largely because our brain neurons are endowed with little or no possibilities of their own regeneration. With age, their function expires, the cerebral cortex disappears, which can directly translate into disruption of the patient’s intellectual performance. Neurological changes of the elderly are also Parkinson’s disease – a condition that affects almost 2% of people after the age of 80. Its influence on the functioning of seniors usually covers the physical sphere, but progressive disability also threatens the psychological and social life of patients. Many people who require constant or partial help from third parties suffer from Parkinson’s disease.

According to the definition of the World Health Organization, the goal of palliative care is the active, versatile and comprehensive care of terminal patients suffering from incurable, progressive diseases. Palliative care includes relieving the pain difficult to control and other somatic symptoms, alleviating mental, spiritual and social suffering as well as supporting the sick family during both illness and grief.

Dementia in the elderly care

Dementia of the elderly is a term that includes all types of dementia occurring in the elderly, regardless the reasons of formulation of the disease. The most common dementia occurring in seniors still remains Alzheimer’s disease, the development of which proceeds initially imperceptibly, even for the patient himself, and in subsequent stages disturbs important intellectual, cognitive and emotional functions, gradually eradicating the patient’s life. The duration of development of other senile dementia may be different and proceed more mildly than Alzheimer’s disease. Unfortunately, the final effect of all these diseases remains similar – the patient is more and more excluded from life, everyday activities, abandons his previous passions and activities. Almost every carer of an elderly person experiences dementia, only the way it shows and the degree of advancement can be different.

Depression in the elderly

In people over 65, depression more often can lead to suicide attempts. This is especially true for men. It is estimated that between 80 and 84 years of age, the risk of suicide is twice as high as that of the rest of society suffering from depression.

The aging of the society and the prolonging life span makes it worth considering the diseases that often accompany the evening of life. One of them is depression. According to the World Health Organization, this disease is in the fourth place among chronic and very serious disorders afflicting today’s society. It is forecast that in 2020 it may move to the second place. Right after heart disease.
The problem is very serious, because statistics clearly state that as many as 50% of people suffering from this disease do not undertake any treatment attempts. Although properly treated and diagnosed early, it can be cured.

Pressure ulcers in the elderly

Pressure ulcers are a problem that most caregivers of elderly people or bedridden patients come across. Contrary to popular opinion, the development of difficult-to-heal skin changes can occur within a few hours. Many factors leading to pressure sores, such as neurological disorders, impaired mobility or malnutrition are common in seniors. An unexpected illness causing a sudden drop in the patient’s activity and the need to stay in bed can easily leave permanent traces in the form of decubitus lesions on the patient’s skin. How to prevent pressure ulcers and how to deal with existing ones? 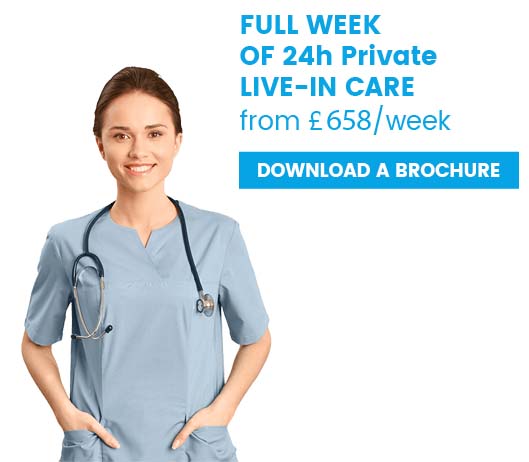 Thank you [from Trustpilot.com]

https://uk.trustpilot.com/reviews/5cfb793eb055990650f52848
I would have no hesitations of recommending Veritas Care. We were really satisfied with the exceptional carers they have provided in very attractive price. It was huge relief to our family as our mom was safe and in good hands. Thank you Veritas, you are excellent!

https://uk.trustpilot.com/reviews/5d09dce7b055990650fa8e49
My stepfather is a difficult person to live with. On a couple of occasions he dismissed the carer without any reason. Luckily Veritas quickly found us someone new. They were so patient with us, especially with my stepfather. Every time they provided us with yet another great carer. Great company.

I wish we had found them before [from Trustpilot.com]

https://www.trustpilot.com/users/5cfa944699e2181589d1f1ca
I wish we had found them before. Reasonable priced 24hr care for my alzheimer's suffering mother, where we get to choose the carer we want. Previous experiences where we used the normal agency's which charge a highly inflated price, twice the amount the carer gets paid and then dump carers on my mother who have been very unsuitable in the past and then aren't willing to move them. It's been working out really well for us and have found 2 lovely carers.

https://www.trustpilot.com/users/5d089315252a7626442c3597
Best live-in care company Veritas assisted my 89 years Dad following a stroke. Thanks to the carers from Veritas he could remain in his own home. That was a relief for him, considering what kind of a homebird he was. Veritas stayed in touch and we had a brilliant communication with their customer relations managers. The carer they provided us with was a young energetic lady, who was perfect for my Dad. The price they offered were fairly reasonable.
5
Excellent
We use cookies to improve your experience on this site. By continuing to browse our site you agree to our use of cookies, Privacy Policy and Terms of Service. More information about cookiesOk
Scroll to top