WHAT IS THE BIGGEST PROBLEM WITH DIABETES?

Diabetes is a blood-related disorder where the body’s insulin production levels become compromised, leading to high blood-sugar level for the person. The disorder is not fatal and it can be controlled with proper diet and exercise.

The most serious problem associated with diabetes is the late diagnosis of the disease in adults. The symptoms become apparent in early stage but many people ignore them, mistaking them as symptoms of some other disorder. If symptoms of diabetes are ignored for long they can lead to vascular complications, often leading to disability or premature death of the affected person.

Another important problem is ineffective treatment of diabetes. Currently, we have excellent oral hypoglycemic drugs and modern insulin that can control the problem. However, tests have shown that the blood sugar levels in most patients are often much higher than they should be.

Both doctors and patients are to blame for incorrect treatment. For their part, doctors do not always recommend the best treatment options to diabetics. Patients on the other hand also downplay the problem of diabetes. This is because the disorder does not cause any pain or lead to immediate negative effects for the person. Due to neglect from both sides, there is a chance of development of complications and progress of diabetes to type II.

In young people or adults with type 1 diabetes, there is usually a change in the small blood vessels that are responsible for damage to the eyes and kidneys, after several years of ineffective treatment.

Obesity can have a major impact on the affected person and lead to type II diabetes. In this stage, the disease leads to development of premature atherosclerosis. This increases the chance of a heart attack or stroke for the person. The symptoms are also more severe.

Atherosclerosis of the lower limb vessels is also responsible for the development of “diabetic foot”. In this condition, the patient gets small lesions of blood vessels and nerves that start appearing on the skin. These changes usually occur simultaneously for the patient.

IS DIABETES A BIG SOCIAL PROBLEM?

It certainly is. The significance of the disease is confirmed by the frequency of its occurrence in a larger number of people. More than 19% of adults are affected by the disorder, which means one in every five people is at high risk to develop the problem at some point.

It is estimated that diabetes affects 4-5% of the total population in the UK. Based on epidemiological studies conducted in recent years, we know that people over the age of 35 are particularly at risk with twice the chance of getting affected.

WHO IS AFFECTED BY DIABETES?

Some people are more prone to developing diabetes than others. One important risk factor for the disease appears to be a family history of diabetes. If one of your parents or grandparents had the disorder, you are likely to develop it as well.

Obesity is another important factor that can affect people. People who are overweight or obese have a higher chance of developing the condition. Maintaining a low sugar, natural diet can help. Introducing various forms of physical activity on a daily basis also reduces the chance of obesity which is often a precursor to the development of type 2 diabetes.

Assuming that a person will not be affected by diabetes, if they take a proper diet and exercise is the wrong approach. Researchers are still not completely sure about what triggers the change and the problem should not be dismissed regardless of your lifestyle.

Diabetes is a “time bomb” – it does not hurt the patient like other disorders but it damages the body over time. One of the main problems of diabetes is the fact that this disease “does not hurt”. Because of no immediate problems, many patients do not consider taking effective treatment. They worry only when the problem gets worse and complications arise. It is difficult for many people to understand that prevention is better than cure.
Some of the blame can be assigned to unscrupulous healthcare providers. For many years, the medical community did not introduce health education programs for children and young adults to make them take care of their body. It is easiest to learn the principles of proper nutrition in your early life and develop good habits, like eating healthy and doing various forms of physical activity.

This can help prevent obesity, one of the main causes of diabetes. Once people are past a certain age, it is much more difficult to change existing habits and control obesity.

WHAT IS THE PUBLIC AWARENESS OF DIABETES?

Public awareness about diabetes is very low. The main problem for diabetics is heart disease and they should try to cure it as soon as possible. Many people do not know that without getting the right sugars in the blood during and after meals, they cannot improve the functions of damaged circulatory system.

One good thing is that there are fewer such patients in the group of young people today. Active, educated people with diabetes want to live normally. They are better informed and more aware of the importance of effective treatment of the disease. As type II diabetes has become more common in older people, awareness about complications and treatment options has also increased among them.
Experts believe that education and self-awareness will bring tangible results. 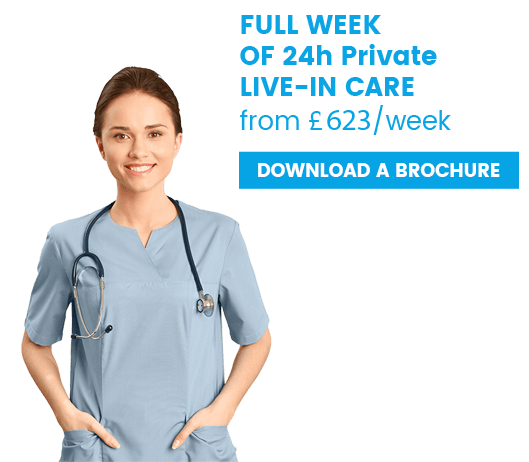 The most common symptoms associated with diabetes are damage to the blood vessels and nerves. The skin on the feet becomes dry and cracks easily. Diabetes often causes skin damage and ulcer formation. The person does not feel any pain or injury when pressure is applied to damaged area.

Changes in the blood vessels under the skin are not detected and do not get treated appropriately. This can cause an inflammatory process that affects the deeper areas of the foot. Such a condition may then be too advanced to heal it effectively.

This is why it is common to get the lower limbs amputated in diabetic patients. Untreated diabetics are seven times more likely to get their limbs cut off to prevent spread of infections than any other patients. If all diabetic patients knew how to look after their feet or had a professional carer to help them, the rate of problems and personal injury would be much lower.

WHO CAN HELP THE DIABETICS WITH FOOT PROBLEMS?

Patients would get the best help at a Diabetes Clinic. The diabetes doctor will know whether to refer the patient to the general surgeon, vascular surgeon, neurologist or orthopaedist after seeing the feet.

In some diabetics facilities, there are diabetic foot treatment centres that can help improve the healing. Diabetologists work there in cooperation with other specialists to treat clients.

There are even shoe factories that prepare special footwear for patients with diabetic foot problems.

Doctors and diabetes specialists suggest that family physicians and carers should inspect the client’s feet during different training and refresher courses. Feet should be inspected after baths and toe-nail cutting. The formation of irreversible changes in the foot is commonly a consequence of incorrectly clipped toe nails.

A person with these conditions must have their nails clipped in a special way. Diabetes patients cannot afford to get any injuries because healing is very difficult for them. Many diabetics, especially obese ones, are not able to take care of their feet at all and this is where a professional carer can make all the difference.